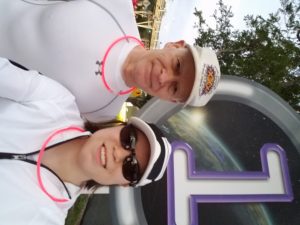 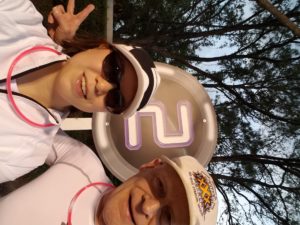 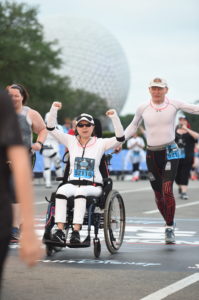 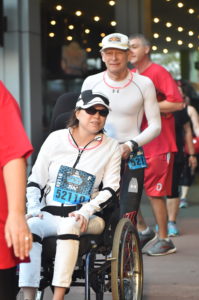 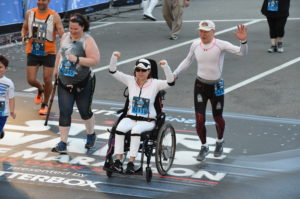 Since January 2017, my parents and I have been hooked on these runDisney races. runDisney puts on four races a year in Walt Disney World. They are themed from a January race which includes a marathon, a princess themed in February, a Star Wars themed in April, and a wine and dine theme in November. So far we have been to the marathon weekend, wine and dine, and now Star Wars themed races. They have been beyond magical for me. As someone with a disability who never could run or let alone think about running in a race, this would never be in my head. If someone would have asked me if I wanted to be in a 5k, I would have said “I am unable to.” Well in 2015, my pediatrician doctor asked me if I wanted to be in the race and she would push me in the wheelchair. It never occurred to me before. What?  Really? Sure, if you think your up for it. I never really thought I would imagine myself doing this until it happened. 2016 the timing didn’t work out, but January 2017 did and soon we were off. She encouraged my parents to sign up too and they replied with ‘They aren’t runners.’ After being there in January though it was empowering, moving, and encouraging. As we got talking the two families together, she encouraged my parents to sign up and soon both my mom signed up for the 5K and my dad as well. My dad also signed up for the 10K. We all joined them for the Wine and Dine in November 2017. Again it was magical being pushed in my wheelchair by my doctor and my dad.

Last weekend, my parents and I signed up for the Star Wars Dark Side. My mom, dad, and I ran the 5K together and my dad ran the 10K. It was magical. My dad and I wore Stormtrooper costumes that we bought and pieced together and my mom dressed as the dark side. My parents both out ran themselves and ran fast than their previous race, both of them nervous as before. For not being runners, they have trained to be runners. I am super proud of them.

What I have learned about myself? There are people in your life that want to give you the life that you imagined. From my parents to Dr. Busch. I can’t being to thank them. As someone with disability in a wheelchair, I would never thought it would be possible to run in the race. I got to wear this medal. Wearing the medal around my neck around the parks is one of the most proudest memories for me. It shows that I can be like others. It shows that even with my disability I can be seen. Sometimes I feel like I didn’t earn that medal like others do when they ran the race, but for me to get a running medal is beyond a gift that I can’t even thank enough. It is truly a gift that I will cherish that I did it. I sat in the cold. I got up early. I held  sweatshirts, phones, water bottles, and coffees for people. Yes, I may be sitting in the wheelchair, but I did it! I am grateful that I can participate in the runDisney races and they allow people to push people in wheelchairs. Thank you DISNEY for allowing this dream come true! We are excited to keep running together as a family and with the Busch family. This is just a magical gift. I can’t even say how much of a thrill it is to run these races. If you get the chance, I encourage you to do so as well. 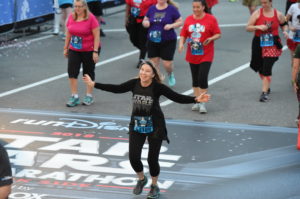 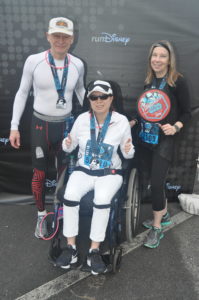 A Collection of One Acts

The talent young kids have

This message is only visible to admins.